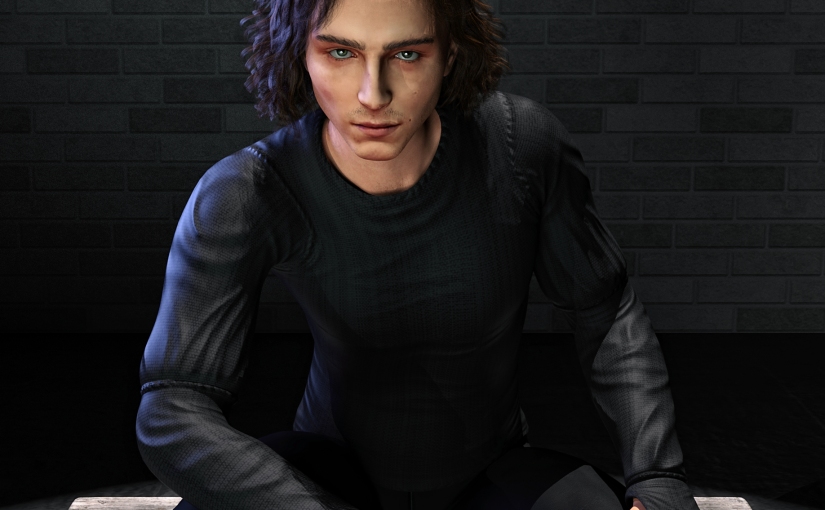 As an author, I constantly have images going through my mind: what my characters look like, how my world looks, how my characters look in that world… you get the idea. Mental images are cobbled together from the many references I’ve stored up in my mind over the years. For settings, that’s not really an issue. But for characters, it’s another story (no pun intended)

Sneakthief started with a character: the Sneakthief. I had a vague idea of him: his role, his talents, etc. It literally came from playing a sneaky archer thief in Skyrim (I know I know… but is there any other way to play?) and a guard said, “Hands to yourself, sneakthief.” And it all began to spiral from there.

Once I had the general idea of the character, more started falling into place: his background, his place in the world, his relationships, his desires, his fears, his looks.

Theodore Tolliver has lived in my head for over two years now, and I’ve always been able to generally describe him. I’ve had to, since I’m writing his stories! But I’m not an artist, and lack the abilities to craft a visual representation of the character.

Enter Verfallen. Also known as Schattenriss on Archive of Our Own, Verfallen is a talented author, as well as super talented with Photoshop and most recently, Daz 3D. He opened up a Ko-fi this week and has commissions open, so how could I pass up the opportunity to bring Theodore Tolliver, my Sneakthief, to life?

Theo, as he appears in Sneakthief. A little roguish, a little younger, longer hair, just doing the best he can.

Theo in Turncoat. He’s seen some shit by this point, chopped a lot of his hair off (though not all… but I saw a model of him with no hair and he looked pretty good, so we’ll see what happens!) He’s had enough of being controlled, and he’s about to start fighting back.

I can’t really explain what it’s like to see my character come to life like this. He’s not just a description anymore. And when I write him, I’ll have an even clearer picture of what he looks like in mind.

If you’re looking to get a render of your character(s), I really can’t say enough about working with Verfallen. He’s put a lot of time into getting models and renders of his own character, Kai, down perfectly, so he understands what it’s like to want to see your beloved character come to life.

And now back to editing!